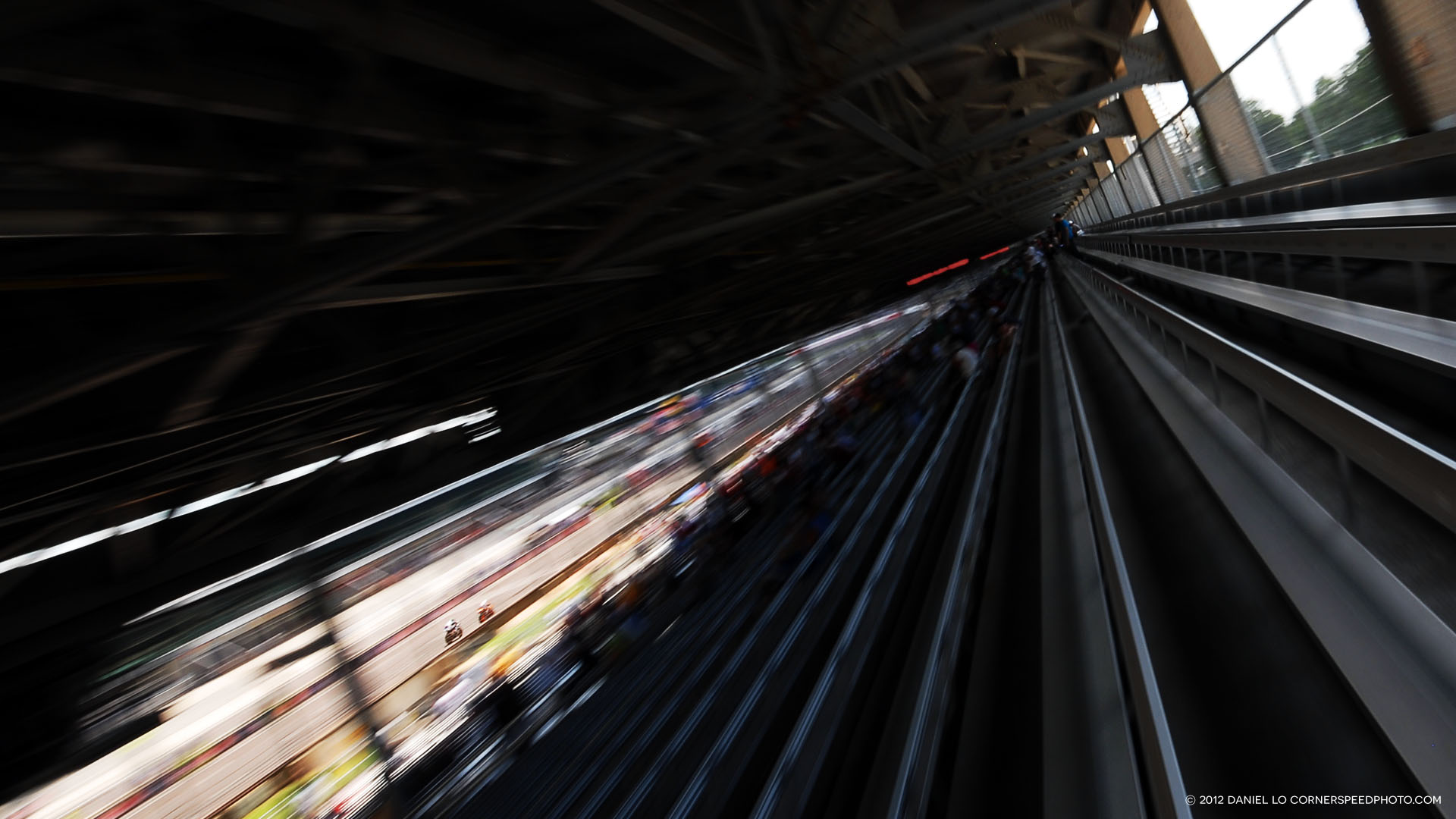 Race day at the 2012 Indianapolis GP involved an itch to try something different coupled with a healthy dose of laziness. The conclusion was obvious to me: photograph all three races from the main grandstands. The Indy front straight is long and I was somewhere along the middle of it, which meant panning shots were my only viable option. After two support races’ worth of experimentation, the ever-present sliver of racetrack sandwiched between the bleachers and upper level overhang started to remind me of the Battle of Yavin in Star Wars that largely took place in the trenches of the first Death Star. Already armed with a camera full of unusable frames and not a whole lot left to lose, I began “panning” with the zoom instead of swinging the lens. While the bikes were never going to be in focus using this method, I felt that it was an acceptable trade off for what’s arguably my most outlandish motorsport image.