Not only did we here at Cycle Vision Network have a chance >to sit down and talk< with Eduardo Alvarez of MotoGP’s timing and scoring, but we had the fortune of shadowing Eduardo and his colleague, Pedro, while they were performing timing and scoring work functions during breakdown on Sunday of the Americas GP, after the races.

Right after the final race of the day on Sunday, I headed straight to the timing and scoring office. We were there in the office, with all of its computers, front straight views, and air conditioning, for only a few minutes before grabbing some water bottles and heading outside, underneath the hot Texas sun.

First stop was a walk to the rental vehicle that Dorna was using for timing and scoring. On it was a placard hanging from the windshield, yielding the words “all access” on it. We hopped in the car and put the placard to use.

From there, we headed to an entrance point to the track, which was near the start/finish line. At this point in time, there were still fans everywhere in what was CotA’s version of Mugello’s “storming of the track”. When arriving at the exact entrance point, we were stopped by the local sheriffs, who were blocking off the rest of the track. It took a moment to convince them that we did indeed have the authority to be there and get in at that time, but after that, we were in!

Then, there it was: wide, right in front of us as we were situated on the beautiful (well, as beautiful as it could be, considering the surface was due for repaving) tarmac; turn 1 was staring right back at us. We had free reign of the track, and oh, what a beautiful thing it was. This may have been crunch time for Eduardo and Pedro, but to be able to be on every MotoGP track around the world; where legends are born, and history is made in the form of speed, oh, what an enchanting place this was to be doing work at.

At the top of the hill, near turn one, was a giant electrical box. This was our first stop within the circuit, and the first in a series of trackside boxes, intermediate points (IP), and time keeping points (TP). The IP’s are used for classification sectors, while the TP’s are used in overtaking classifications.

WiFi technology is now utilized in the sport, but there are still many cables used, as well. After our first trackside box, we would arrive at what would be many, many cables, throughout the track, all the way to pit lane.

Of some of the equipment we came across during the breakdown process, this included loops from antennas, out boxes, adaptors, sensors, and other tools assisting in power and fiber connections.

As we were driving around the track, breaking all of the timing and scoring equipment down, the rental car we were in became fuller and fuller. Some interesting tidbits Eduardo was able to share about timing and scoring during this time were:

*Cable containers for overseas races are shipped by boat (much cheaper than flying the equipment out).

*Track temperature data is so important, that the sensors are set to every 45 seconds. The amount of temperature sensors that there are, depends on the track.

*Power and Fiber connection is given, but it’s different at every circuit.

*For some equipment, Dorna has a battery of 6-7 hours, whereas Circuit of the Americas does not.

Another interesting thing I observed from following the breakdown around the whole circuit, while the Texas sun was still beating upon us, was everything that the trackside/corner workers had left behind: there were whole unopened bottles of sports drinks and water, galore! And yes, I did take one or two to enjoy. Eduardo stated that this aspect was the same at circuits all around.

At one point, we couldn’t help but stop to take a moment to enjoy our beautiful surroundings. Circuit of the Americas is quite the photogenic track, with all of the red, white, and blue painted stars and stripes on it. We took a second to breathe and take some photos. Getting to stand in the middle of this famous on-track artwork was quite the experience.

Through all the turns we went, it was fun to be on the track when the only other people out there were other workers breaking down different things. Finally, we arrived back to the front straight and it was time to break everything down near the starting grid.

By this point, the rental car that we were using to collect the cables and equipment was mostly full, so we went to the other end of Pit Lane to grab another Dorna rental car. This time, the car that we had grabbed was parked right next to the MotoGP BMW M series pace cars. I didn’t hesitate to take a moment to marvel over these fully modified track cars; MotoGP paint schemes and all.

The last bit of the breakdown involved an incredible bit of even more cables. Also, this is where a ton of cameras were positioned. These were lined up parallel to the starting grid, and were there for the purpose of detecting any jump starts, which is yet another important factor needed for each and every race.

Below is a gallery of some of the breakdown that was involved at the Americas round of MotoGP. What normally takes three days for the timing and scoring team to set up, is broken down in just a mere matter of hours. 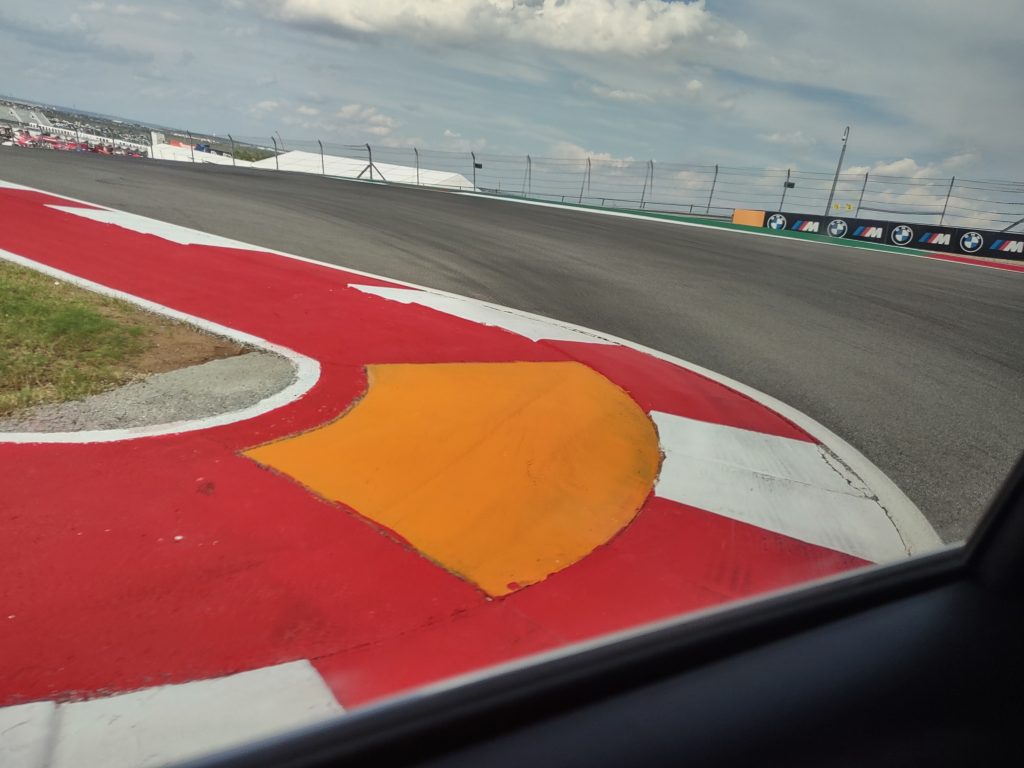 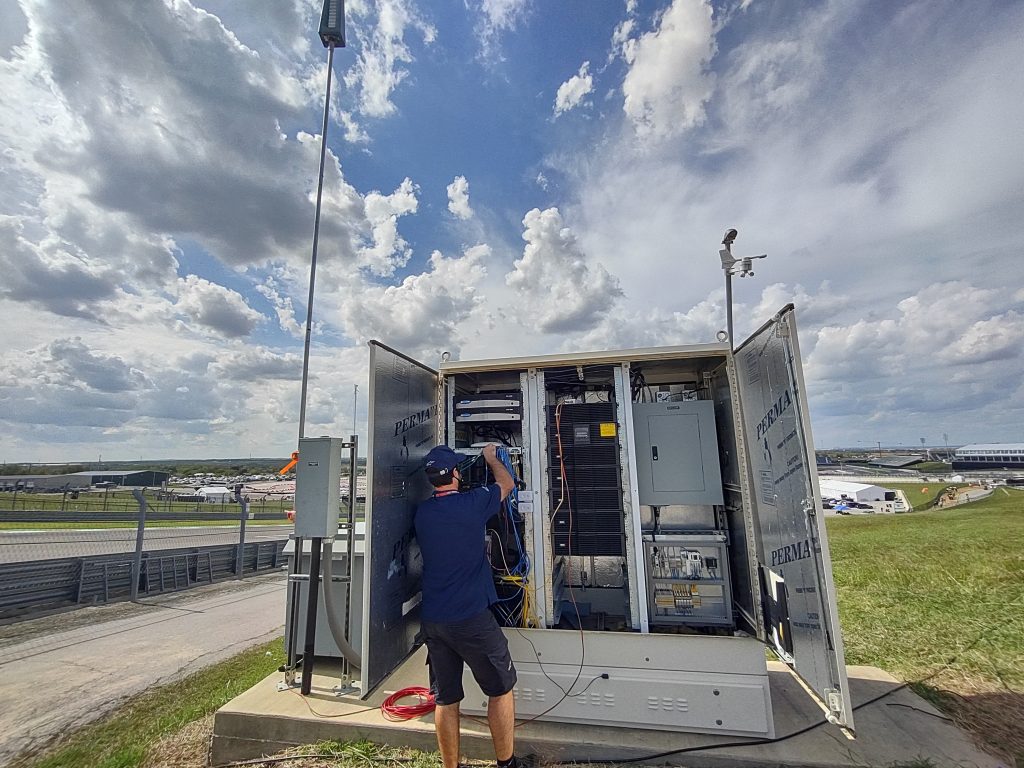 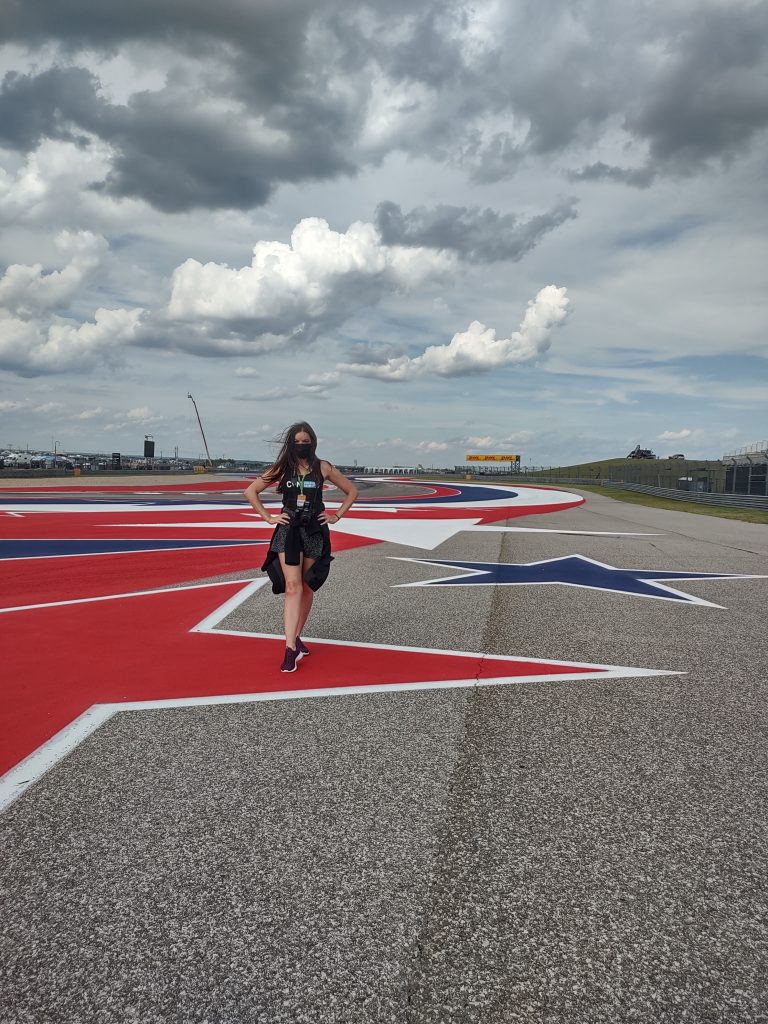